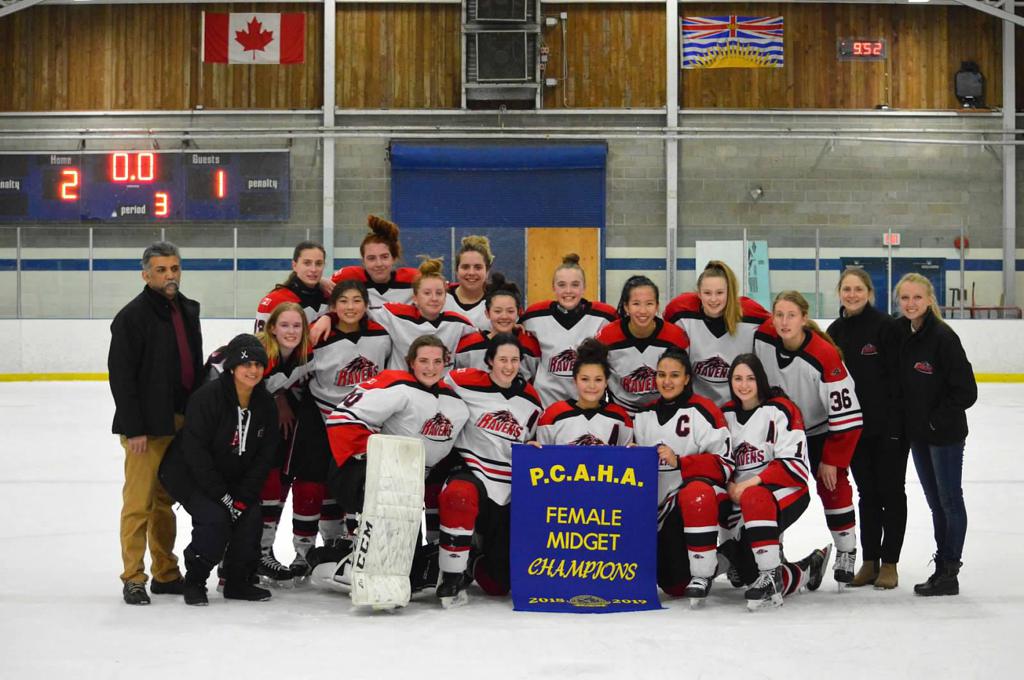 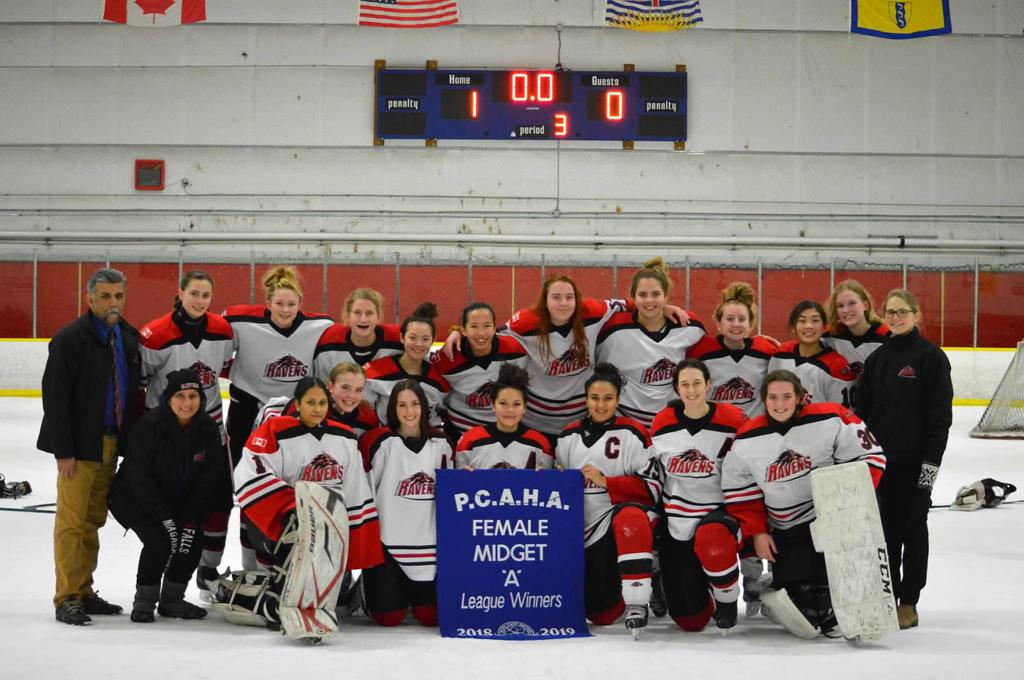 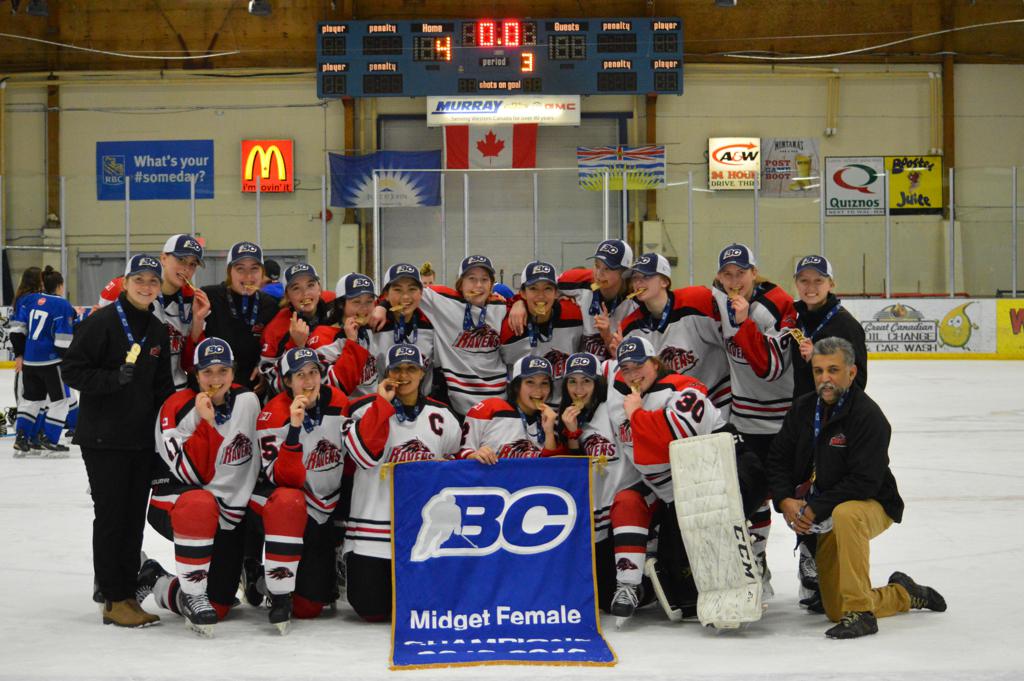 The Midget A team won its 5th Provincial Championship in one the last 8 seasons. Capping off a season finishing with a record of 47-8-7. While winning the PCAHA League and Playoff Banners giving them a triple crown. Ravens defeated the South Island Royals 4-0 in the Championship game.

3rd game round robin the Ravens with a record of 2-0 went up against the host Fort St John Predators with record of 1-1. Ravens defeated the home team 4-0 with Waisman getting her first shutout of the Provincials. Ravens got goals from Payment, Northrup, Proulx and Buckburger. Assist going to Proulx (1), C Wong (1), Specht (1), Sander (1) and Tait (1)

In the 4th game Ravens face-off against lower mainland rival North Shore Avalanche. North Shore came out hard and got the Ravens down 2-0. with 10 minutes left in the game. The Ravens started the comeback at 10:10 Juila Farckash scored making the game 2-1 set up by Emily Dragicevic and Amanda Phillips.Then at 8:37 Specht scored assisted by Northrup, Payment for the tying goal. 4 minutes later Specht and Payment set Northrup for go ahead goal giving the Ravens the lead. Ravens were up 3-2 scoring 3 times in less then 6 minutes. North Shore needing to win to advance made a surge in the last few minutes and tied the game with 10 seconds left but wasn't good enough for their team. The tie put the Ravens into the Provincial Championship game and into first place in the round robin with one game remaining and knocked North Shore out of making the final. The Ravens qualified for their 9th championship game in 11 seasons.

Last game of round robin Ravens faced off against Vancouver Angels. With a 3-0 win, Waisman picked up her 2nd shutout stopping all 20 shots she faced. Goals from Buckburger (2) and by Dragicevic (1) assists picked up by Grace Wallace (2) and Tait (1)

The final the Ravens defeated Royals 4-0, scoring two short handed goals on 1 penalty kill. Specht set up Buckberger after intercepting a Royals pass for the first goal. Then Specht picked off a second Royals pass to go in and score. The Ravens were up 2-0 after first period getting goals 51 seconds apart. Padding their lead in the second period. Ravens got 2 powerplay goals from Buckburger set up from Tait and then Dragicevic set up by Tait and A Wong. Waisman posting her 3rd shutout stopping all 14 shots.

Team got solid goaltending thru out the season and Provincials from Brynn Waisman who picked up 3 shutouts and goals against 1.00 in Provincials  She was supported by the strong play of the defence core of Aishreet Sander (C), Annalise Wong, Erika Palmieri (A), Cailey Wong and Grace Wallace. A group that allowed only 64 goals against in 62 games this season.

Congrats to players, parents and coaches on highlight filled season